9 Best Things to Do in Sioux Falls, South Dakota 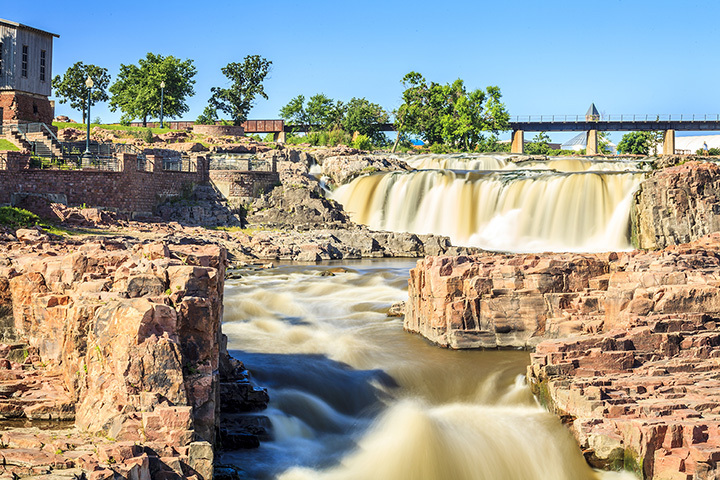 As the biggest city in all of South Dakota, Sioux Falls is a mecca of entertainment and fun for folks in the Mount Rushmore State. From breathtaking hiking and scenery to lively downtown areas to creative culinary restaurants, there is something for everyone to enjoy in the unforgettable city of Sioux Falls!

Located only a short walk from the heart of downtown Sioux Falls, Falls Park is rated as the number one attraction in the city. The park’s centerpiece is a majestic 100-foot waterfall over which about 7,000 gallons of water pours over every second. The park is the city’s namesake and covers over 120 acres with walking trails, restaurants, historic sites, and unbeatable views. History buffs can check out the remains of the Queen Bee Mill, a seven-story mill opened in 1878 and operated on the east bank of the river until its closure in 1883. After exploring the expansive park, sit down for a relaxing and delicious meal at the onsite Falls Overlook Cafe.

Great Plains Zoo & Delbridge Museum of Natural History is one of the most popular destinations in Sioux Falls for families. The mid-sized zoo is one of the best in the Midwest, with a more than 1,000 animals housed from 137 different species. Animal exhibits include favorites like tigers, zebras, monkeys, rhinos, giraffes, and 24 endangered species. Exhibits include North America, African savannah, primates, flamingos, Asian cats, endangered animals, Hy-Vee face-to-face farm, and birds, bugs, and amphibians. Also onsite at the zoo is the Delbridge Museum of Natural History which includes a collection of 150 mounted animals and over 30 vanishing species.

The Butterfly House & Aquarium features over 800 free butterflies flying around in the beautiful tropical conservatory. Visitors can walk amongst the butterfly paradise while learning about the insects. But this destination isn’t just about butterflies! The site also has 10 aquariums with colorful corals, vibrant jellyfish, and a wide variety of fish. Visitors can even touch stingrays and sharks in the Shark & Stingray Touch Pool. The Butterfly House & Aquarium is a nonprofit organization dedicated to educating and celebrating these unique wildlife species and is funded entirely by donation and admissions.

Cathedral of St. Joseph is a hallmark of Sioux Falls’ architecture. The Catholic cathedral was completed in 1919 in a distinct Renaissance Revival architectural style. Cathedral of St. Joseph is the seat of the Diocese of Sioux Falls and is on the National Register of Historic Places. Visitors can view the iconic structure’s interior and exterior, as well as attend mass. Mass is held on Saturday at 4 p.m.; on Sunday at 7:30 a.m., 9:15 a.m., and 11 a.m.

The SculptureWalk in Sioux Falls is a display of outdoor sculptures available for the public to enjoy. They are displayed year-round and available for sale. This program promotes the artistic community in the city while also providing a unique artistic guided walk for residents and tourists to enjoy.

A post shared by SculptureWalk (@sculpturewalksiouxfalls) on May 15, 2018 at 6:51am PDT

The Pettigrew Home & Museum was purchased in 1911 by South Dakota’s first full-term United States senator, Richard Pettigrew. The home, built in 1889 in a Queen Anne style is an architectural masterpiece. Pettigrew arranged for the home to be donated to the city upon his death, including the many historical artifacts inside the home that he had collected from around the world. The home is now open for tours and there is also a museum onsite with exhibits about the history and culture of the surrounding area. The home and museum are open daily and admission is free.

Wild Water West, voted as the most fun spot in the city by the Local Best, is a favorite among families in the summer. As the largest waterpark in the state, the park gets thousands of unique visitors each season. They are open Memorial Day weekend through Labor Day weekend. Attractions include go karts, mini golf, batting cages, sand volleyball, waterslides, lazy river, bathhouse, and paintball. Grab a towel and sunscreen and head to this waterpark to make your day a blast!

Opened in 1961, the Denny Sanford Premier Center hosts the best concerts, events, and sports entertainment the city has to offer. No matter your interests, the event center has something for everyone. Check their website to see a complete listing of events.

The I-90 Lewis and Clark Interpretive and Keelboat Center

I-90 Information Center, Chamberlain, SD
Mission :       Climb on board the 55 foot Keelboat that the Corps of Discovery traveled onas they explored the Missouri River... Read More

The South Dakota Hall of Fame 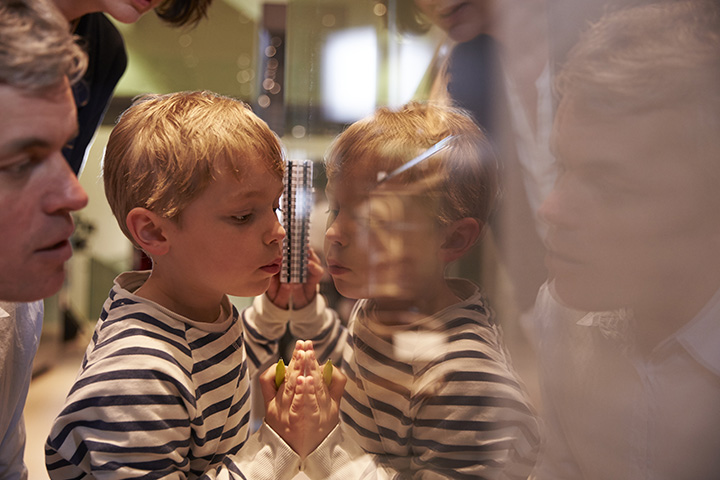 1480 South Main Street, Chamberlain, SD
The South Dakota Hall of Fame was established in 1974 to recognize and honor pioneers and outstanding leaders from all walks of life who have contr... Read More
Select a South Dakota town to find
the Best Things-To-Do and Places To Go around you