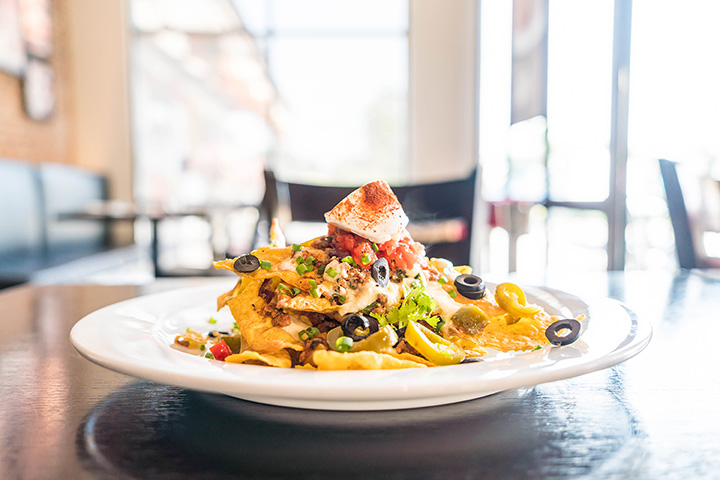 The Midwest isn’t exactly known for their Mexican food, but these South Dakota restaurants will send your taste buds straight to heaven. From tacos to burritos to enchiladas, you will not leave hungry. Chow down at the 9 best Mexican food restaurants in the state!

Conveniently located in the heart of downtown Rapid City, this authentic Mexican restaurant combines classics like carnitas, enchiladas, burritos, and tacos with the best tequila selection in Rapid City with over 52 featured labels. The atmosphere draws inspiration from Mexico’s laidback beaches, with an outdoor patio with fireplace and a rooftop cantina. Local favorites are the street tacos, carne asada burrito, and fish tacos. Several vegetarian options are available including fajitas, quesadillas, chimichangas, and burritos.

As soon as you walk in the door, you’ll feel like you’re in Mexico. This quaint family-owned and operated restaurant serves up the best Mexican food around. Popular options are cheese crispy quesadillas, sizzling fajitas, Guadalajara’s burrito, and the vegetarian options. The margaritas are known as the best in the Black Hills and a full-bar is available with happy hour specials.

This small, authentic Mexican restaurant packs a punch! To start off, there are four different types of salsa and all full of flavor with delicious chips. Popular entrees include the burro mojado, 3 tacos de camaron, and gallos mocajete. The tres leches cake, jericalla, and flan are the dessert options. The enormous portions will ensure you get your fill!

With food made fresh with only the best ingredients, Corona Village serves up great dishes. With the oversized meals, you will never leave hungry. Menu items include appetizers like nachos and stuffed chili peppers, fajitas, beef dishes, house specials, chicken dishes, combinations, American favorites like burgers and sandwiches, burritos, vegetarian dishes, soups, enchiladas, seafood dishes, tostadas, salads, and more. There is something for everyone at Mitchell’s Corona Village!

Get your midnight taco fix at Giliberto’s, open 24 hours a day! Food is made fresh daily with quality ingredients by experienced chefs. Breakfast, tacos, burritos, combination plates, specials, tostadas, seafood, tortas, enchiladas, desserts and more are available. A large offering of vegetarian options is on the menu, including the three-bean taco, veggie burrito, veggie enchiladas, veggie fajita burrito, veggie quesadilla, and more. Seventeen varieties of tacos are served, with the most popular being the carne asada taco, the chorizo taco, the shredded beef taco, and the pollo asada taco. Classic Mexican desserts like fried ice cream, churros, and arroz con leche are served. Head to Giliberto’s for an authentic Mexican experience that you won’t find anywhere else in South Dakota!

Swing into El Columpio for authentic food from south of the border! Opened just two years ago, this restaurant is fresh in Mitchell’s culinary scene but has already made an impact in a big way. Favorites are the pollo asada burrito, pollo poblano, and shrimp fajita burrito.

This unassuming family-owned restaurant serves up the authentic tastes of Mexico. Owner Ana Line Munoz moved to Rapid City from central Mexico and finally fulfilled her dream of opening a restaurant after noticing the lack of true Mexican cuisine in the area. All menu items are made from scratch with only the freshest ingredients. The menu includes items like tacos, enchiladas, chimichangas, tamales, and more. Local favorites are the carne asada tacos and chicken torta.