The Ultimate Halloween in South Dakota! 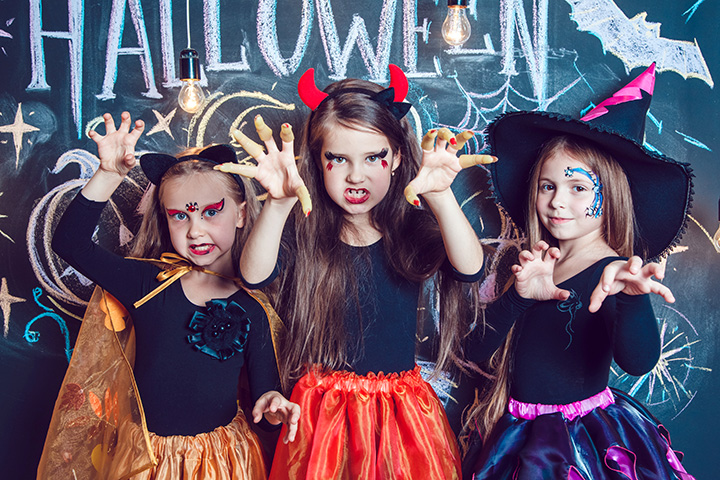 From the haunted brothels and saloons of Deadwood to the Halloween runs in Sioux Falls to a creative costume store in Mitchell, South Dakota is the perfect place to celebrate the spookiest holiday! Now, get ready for some ghoulish fun.

Join the zombie horde during this Sioux Falls parade. Professional makeup artists white out, stencil on veins and scabs, and splatter volunteers with buckets of blood so they have an authentic zombified look. Makeup is only $5 and you don’t have to be in the parade to get it done. There will also be parade floats! Have a unique part in the most anticipated Halloween event of the season by turning into a flesh-craving zombie!

Head to an authentic South Dakota ghost town for some non-commercial scares! Just off of Interstate 90, Okaton was once a bustling railroad and farming town. It was founded in 1906 when the railroad came to this area. The line closed down in the 1980s, and the town was completely abandoned after a short attempt to turn it into a tourist attraction. This central South Dakota ghost town is off Interstate 90 on exit 183 west of Murdo. Note: The buildings may be abandoned, but the property is private!

In western South Dakota near Custer State Park is another authentic ghost town, Spokane. Founded in 1890, it was a town founded around a mine of the same name. The town’s profits totaled $114,742 in 1927, its best year. But by the early 1940s, the mine had dried up. The town was slowly abandoned. It is currently fairly intact, and there are buildings like homes, a root cellar, old cars, schoolhouse, farm buildings, chicken coop, foundations, and supervisor’s home. The road to the town is east of US-16, between North and South Playhouse Road. There is a small dirt parking area near the gated dirt road leading to town. There are no signs for the town, so keep your eyes peeled!

Deadwood is known for their many haunted buildings from when the town was a rough-and-tumble town of miners and gunslingers. Experience the old days of Deadwood by taking the ghost tour at the Historic Fairmont Hotel. The Fairmont Hotel sure has its fair share of tragedies. It was built in the 1800s and was a brothel and saloon. In the early 1900s, one of the “upstairs girls” jumped out a third floor window. In the same year, a man was murdered by a jealous boyfriend of a woman who worked there. When escaping, the man accidently shot and killed himself. The hotel has even been featured on the Travel Channel, the Dead Files, and Ghost Adventures.

Support local stores by shopping at Einstein’s instead of the many corporate pop-up Halloween stores. They have a huge variety of costumes to buy or rent, including witches, vampires, the Addams Family, The Munsters, Cruella de Vil, Frankenstein, the Bride of Frankenstein, and many more. Einstein's Vintage Clothing/Costumes and Formal Wear has reasonable prices with an amazing, huge selection of items, costumes, props, and more.

Just outside of Sioux Falls in Harrisburg is this peaceful countryside farm. In addition to the concession stand and regular corn maze, Heartland Country Corn Maze also hosts a haunted maze close to Halloween! They are open on Friday through Sunday from mid-August to late October. Check their website or Facebook for the haunted maze dates.

The Trick-or-Treat Trail Run is the perfect opportunity to exercise away some of the candy! There will be both a 5K and 10K. Participants are welcomed to either run or walk. There will be a half-mile Candy Dash for children ages three to 10. Each finisher receives a goodie bag and shirt, and awards are given out for the best costumes.