The Best Speakeasies in South Dakota! 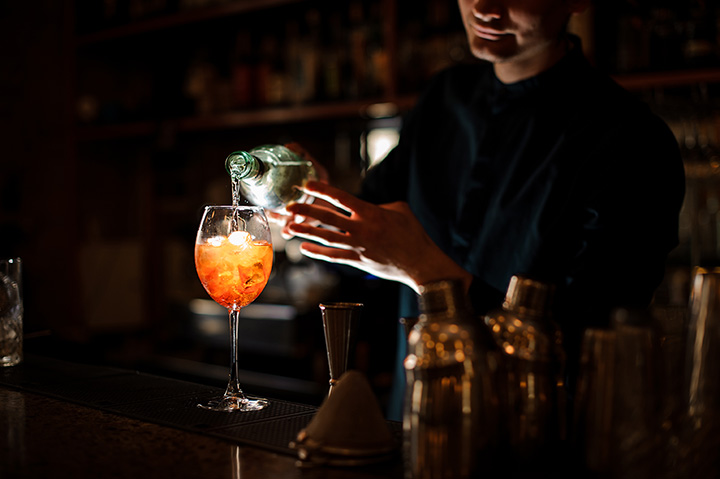 The right to drink alcohol is one that many Americans take for granted. During Prohibition between 1920 and 1933, the production and sale of alcoholic drinks was illegal. Then, the speakeasy was created—a secretive bar that sold alcohol to the public…but you had to keep quiet about. While Prohibition ended in the mid-1930s, the influence of the speakeasy style is still around. Experience 1920s American culture and a cold drink at one of South Dakota’s best speakeasies!

The Blind Lion is a legendary bar in downtown Rapid City that has been featured in a number of national and local publications. The speakeasy’s location is officially a secret but can be found with some asking around. But to enter, patrons must also have the password. Once inside, it’s like stepping back into the 1920s. The staff are dressed in 1920s gear and the atmosphere is like a swanky Prohibition club. Patrons are even encouraged to follow a dress code to keep up the old fashioned atmosphere. They serve a variety of drinks and hand crafted cocktails but they’re only open on Fridays and Saturdays so get there while you can!

A post shared by Kerri McHaleðŸŒ²ðŸŒµðŸŒŠðŸ‡ºðŸ‡¸ðŸ‡¨ðŸ‡¦ðŸ‡²ðŸ‡½ (@asolojourner) on Jul 7, 2017 at 6:43am PDT

Lucky’s bar in downtown Sioux Falls is a top destination for locals to party and drink with a full bar, menu with American cuisine, 10 pool tables, foosball, darts, and over a dozen televisions playing all manner of sports. But hidden in the lively bar’s basement is a low key lounge open on weekend evenings. After grabbing a beer and a bite of bar food from the main level, head to the speakeasy to relax, listen to some tunes, and have a classy cocktail. There’s no better way to spend a night in Sioux Falls than at Lucky’s Speakeasy and bar!

Famous as the bar in which Wild Bill Hickok was murdered, Saloon #10 has been a part of history in more ways than one. Deadwood has always been a rowdy mining town with drinking and gambling galore. So much in fact that Prohibition was essentially ignored in the town. South Dakota had passed their own laws outlawing the sale of alcohol before the national Prohibition laws went on the books, but it was business as usual in Deadwood. With sawdust covering the floor and wild west memorabilia decorating the walls, diners can look around the famous Saloon #10 and see relics of history from both the towns tough and tumble mining history as well as the Prohibition past. On the second floor of the saloon, the Deadwood Social Club serves up delicious food and cold drinks on a modern and elegant menu.

View more South Dakota Bars and Saloons.
Select a South Dakota town to find
the Best Things-To-Do and Places To Go around you