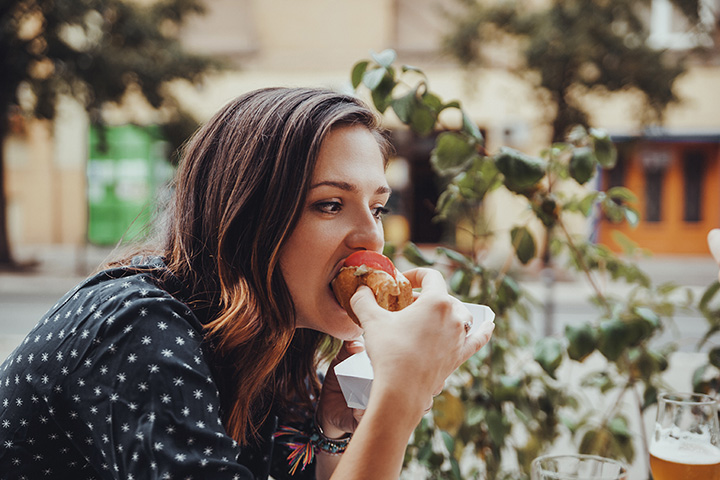 Other than apple pie or maybe baseball, there is nothing more American than a delicious hot dog. From one-of-a-kind gourmet franks to authentic New York City dogs, South Dakota is a culinary oasis for the hot dog connoisseur. Let’s dig in!

Philly Ted’s brings that big-city taste to South Dakota. Philly Ted’s is another famous restaurant on the list, as they were voted “Best Sandwich in the Black Hills” by Rapid City Journal readers. They have a wide selection of hot dogs, such as the classic hot dog, cheese dog, chili dog, chili cheese dog, or the Mexi-Dog. For a loaded hot dog, they have extras such as bacon, mushrooms, ranch, grilled onions, and more. For an authentic Philly experience, Philly Ted’s is the real deal!

Hungry Dog has the great taste of New York City street vendors, with more toppings and a comfortable dining atmosphere. Hungry Dog has creative options such as the Slaw Dog, the Monster Dog, the Wiz Dog, the Cream Cheese Jalapeno Stuffed Dog, and many others. The brand new joint serves burgers, hot sandwiches, and more. For hot dog lovers on a budget, Hungry Dog is the best place in South Dakota!

Falls Overlook Café is situated on the east bank of the Big Sioux River. It is located in a historic restored 1908 hydroelectric plant and has numerous historic exhibits throughout the restaurant. They have classic American food including Craisy Turkey, craisin spread, roasted turkey, and lettuce on Black Russian bread, Mufuletta, with salami, capicola ham, and a tangy olive spread on jalapeno cornbread, and the Dakota Cuban, layered tender sliced pork shoulder, cob smoked ham, Swiss cheese, and mustard. The real attraction though is their two signature hot dogs: The Chicago Dog and the Ultimate Dog. The Chicago Dog is a quarter-pound hot dog topped with mustard, relish, tomatoes, a dill pickle, banana peppers, and celery salt. The Ultimate Dog has horseradish mashed potatoes stuffed inside a quarter-pound hot dog, wrapped in bacon, topped with house sauce. Chow down on one of the original dogs while watching the beautiful Big Sioux River roll on by.

Stubbie’s serves American grub like burgers, pizza, fried pickles, and hot dogs. The casual atmosphere and welcoming staff, combined with amazing food, creates a restaurant that hits it out of the ballpark. Hot dogs can be served with toppings such as jalapenos, onions, cheddar cheese, nacho cheese, chili, and many more. It’s OK—we know you’ll want the toppings!