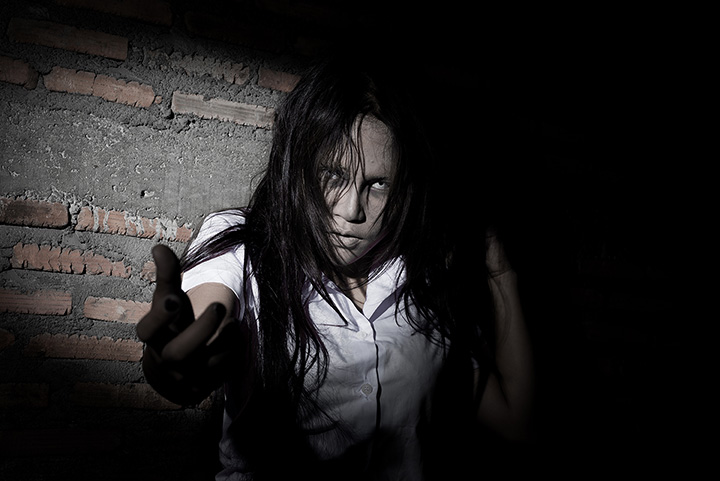 If anyone knows how to do spooky, it’s South Dakota. When the feeling of Halloween begins to fill the air as we welcome October, haunted attractions across the state prepare to scare. Check out the best in South Dakota—watch out for ghosts and ghouls!

Since 1998, Terror in the Dark has been South Dakota’s favorite haunted house. The building is in the Soule Building at the Central States Fairgrounds in Rapid City. It is only open for a few days in late October, so get there while it is still open! Volunteers dressed as ghosts, vampires, ghouls, zombies, and other creepy creatures stalk the halls of the fog-filled building. There are disturbing images and scary sounds, so prepare to be scared!

With the claim of being South Dakota’s largest budget haunted attraction, the Fear Asylum Haunted House in Brookings is sure to deliver frights and fear. Fear Asylum is set in a large mental institution, with volunteers having movie-quality costumes and makeup. It is designed for mature teenagers and adults, not for young children. Guests will think they’re in a horror movie!

The Jaycees Feargrounds have hosted this highly anticipated haunted house since 1974. The halls of the haunted house are a maze with themed rooms, props, and frightening costumed characters. It is held in the Fine Arts Building at the W.H. Lyon Fairgrounds, and is open from early October until Halloween ends. Ticket discounts are available with a canned food donation, which will benefit Feeding South Dakota. Are you brave enough to venture inside?

Hosted by the local Fraternal Order of Police, this haunted house is a fun time for everyone! Proceeds from the Twisted Nightmare Haunted House benefit the Sioux Falls Fraternal Order of Police Lodge and a local food bank. Bone-chilling clowns, flesh-eating zombies, wicked witches, and other creepy creatures roam around this haunted locale. Check their Facebook for more information.

This haunted house is hosted by the community and funds raised go to support local youth organizations. The house is lit by flashing lights and spooky music sets the scene. Ticket discounts are available with a canned food donation, which go to benefit a local food bank. Freaky rooms with realistic props, scary skeletons, and more are hidden in the Scotland Haunted House.