The 9 Best Breweries in South Dakota! 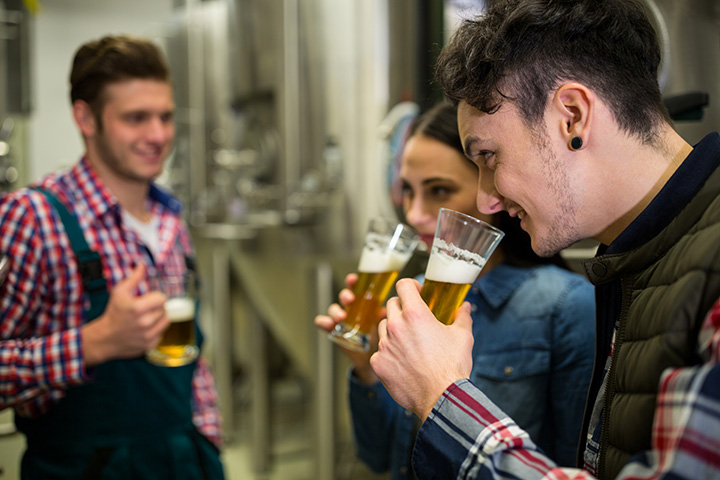 South Dakota is experiencing a craft beer boom like no other. High-quality breweries have been popping up all over the state. Dive in to the local beer scene and check out the 9 best breweries in the Mount Rushmore state!

Sick-N-Twisted was founded in 2012 and takes pride in serving only the best handcrafted South Dakota brews. offering over a dozen microbrews. This homegrown brewery also offers a menu with classic bar food, including stone-baked pizza, sandwiches, soft pretzels, and meat & cheese platters. Wine tasting is also available in the Naked Winery tasting room. Sick-N-Twisted has locations in Hill City, Keystone, and Custer.

Fernson’s core lineup includes favorites like Farmhouse Ale, India Pale Ale, Lion’s Paw Lager, Wheat Ale, and Porter. Make sure to visit often to take advantage of the limited release brews. The service is excellent, and bartenders treat you like family. This brewery has a comfortable but hip vibe. Invite some friends, sip the cold beer, and settle down to play some board games!

Come to Crow Peak for refreshing beer and take a tour of the facility to learn about their brewing process. The building resembles a huge, cozy log cabin, complete with a beautiful interior design. The beer is great tasting and a huge variety is available. The local favorites are the Pile O’Dirt Porter and the Canyon Cream Ale. Cheers!

Quench your thirst with a beer from this Hill City brewery. Miner Brewing Company has an unsophisticated countryside charm with friendly service. Typical bar food such as pizza and sandwiches are available. Sip your brew while enjoying the live music, cards, or just relaxing. All beers are produced in individual barrel fermenters to ensure quality and use local and regional ingredient to make the beers distinctively South Dakotan.

Housed in the original Rapid City firehouse building built in 1915, Firehouse is full of history, delicious food and tasty brews. It is the oldest operating brewery in South Dakota. Exposed brick walls, vintage fireman equipment, and cozy lighting make the atmosphere one of a kind. Firehouse brews approximately 40 unique beer styles each year, with nine brews on tap at any given time. From the brewery to the attached restaurant, Firehouse is a unique local favorite!

Named after Rapid City’s original name, Hay Camp Brewing was opened in 2014 by graduate students at the South Dakota School of Mines & Technology. These geniuses have perfected the science of brewing! The bar is small and industrial, but the vibe is one-of-a-kind. The hours are limited due to the students’ busy schedules, so make sure they’re open before going.

This brewery is always busy—and for good reason. The brews are phenomenal! Their goal is to focus on quality, creativity, and community. The founders aim to acknowledge South Dakota’s agricultural heritage in their beer, so many ingredients are locally sourced. Occasionally, food trucks are arranged to park outside the bar. Rapid City’s craft beer culture would be lost without Lost Cabin Beer Company!

This quaint little brewery packs a punch with craft brews and a vintage atmosphere. Despite the limited tasting hours—4 to 8 p.m. Wednesday through Saturday—they’re always full of happy customers. Dakota Shivers was founded in 2015 by a husband and wife who have been home brewing for over 30 years. Their brewing expertise is evident from your first sip.

This family-run brewery was established in 1999 by Bill Dempsey, the Official Bagpiper of South Dakota. They are known for their brick oven pizza, Austrian Schnitzels, and (of course!) their brews! Dempsey’s is the second oldest brewery in the state and one of the finest. The brewery has six flagship beers (Battle Axe Blonde, Frostbite Lager, Banshie Pale Ale, Valkyrie Red, Long Ship Lager, and Black Bear Stout) and rotating seasonal offers. The food menu is also delicious. The local favorites are the Frickles (fried pickles for the initiated), Pretzel Ale and Cheddar Bites, and the Supreme Pizza.

View more South Dakota Breweries and Brew Pubs.
Select a South Dakota town to find
the Best Things-To-Do and Places To Go around you